Our Impact
CEMTF has worked to build a coalition with the civic will and power to move the Bay Area together to a just, regenerative economy that can not only meet, but exceed the carbon mitigation standards set by the IPCC.
Education

Over the years our education-action virtual summit series have had over two thousand unique organizational participants.
Convening Partners

Participants from 75% of Bay Area Cities

The CEMTF Summit Series had participants from 76 out of the 101 Bay Area cities.
Did You Know?
Legislation

CEMTF was founded to continue the work of the ad-hoc subcommittee that was formed after the Climate Emergency Declaration passed in Berkeley, CA. Berkeley's Declaration on June 12, 2018 made it the 3rd jurisdiction in the United States and 6th in the world to declare. As of today, there are 2,268 jurisdictions that have declared Climate Emergencies around the world.

The City of Berkeley's electrification ordinance for new construction was the brainchild of the CEMTF. CEMTF's Founder cosponsored the ordinance and encouraged her colleague to take the lead.
Community Visioning

After Berkeley's Climate Emergency Declaration, we helped spread the idea and model legislation throughout the Bay Area, across Northern California and beyond. Today 90% of Bay Area residents live in a city and/or county that has declared a climate emergency.

As An Individual
1. Attend our monthly meetings
2. Attend an event
3. Join a mobilizing committee
4. Make a contribution

As An Organization
1. Send a representative to our monthly meetings
2. Attend a community or elected listening session
3. Submit to our resource archive
4. Make an organizational contribution
Sign Up To Receive Updates
Thank you! Your submission has been received!
Oops! Something went wrong while submitting the form. 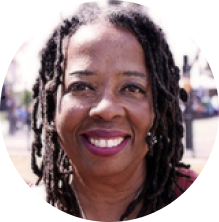 The need to build a social and economic system that is based on sustaining life rather than corporate profits is more urgent now than ever before. The coronavirus pandemic is proving that while we are all being impacted to different degrees our best strategy is to be all in together. Everyone has to be part of the solution, or the health of everyone is threatened.

The COVID-19 pandemic has brought to the forefront the deadly nature of environmental inequalities that disproportionately impact the Black, Brown, Indigenous, Latinx, POC, and marginalized peoples in our communities. We know this is just one of a growing number of traumas we will face as our planet becomes increasingly unlivable. Climate and disease disasters are added to the ongoing crises in housing, health care, education, food insecurity, immigration, human, voting & women's rights, and our democracy.  These are all fueled by corporate greed, extreme wealth inequality, and racial injustice.

Many cities and localities have passed ambitious climate emergency declarations calling for regional collaboration. Now, we need to move as a region to concrete action plans with measurable, direct goals and timelines for united action that prioritizes the environment and humanity.

Climate Emergency Declarations
A powerful majority of Bay Area cities and counties have declared a climate emergency.
Each city sets different goals but they all call for a regional collaborative effort.